This stylish basement kitchen in Chelsea came with some interesting design challenges for bulthaup designer, Will Hayward to overcome. The aim of the project was to transform two rooms into one unified space which was achieved by removing a partition wall.

The wall was replaced with two steel structural piers which needed to be incorporated into and hidden by the final design, along with a chimney breast. Will masked the chimney breast by designing a shallow depth worktop and base units which were built across the façade of the chimney so that it is now invisible to the eye. The structural pier is also hidden behind a shallow depth tall unit and demonstrates the flexibility that the b3 system affords both designer and client.

This b3 kitchen was designed in a mixture of graphite laminate with an aluminium edge, and silver grey laminate with aluminium edge, and walnut veneer which provides a particularly striking contrast with the laminate. The worktops are also in laminate to match the furniture. By using this combination of finishes and materials, Will has ensured that the space feels light and airy despite its basement location. 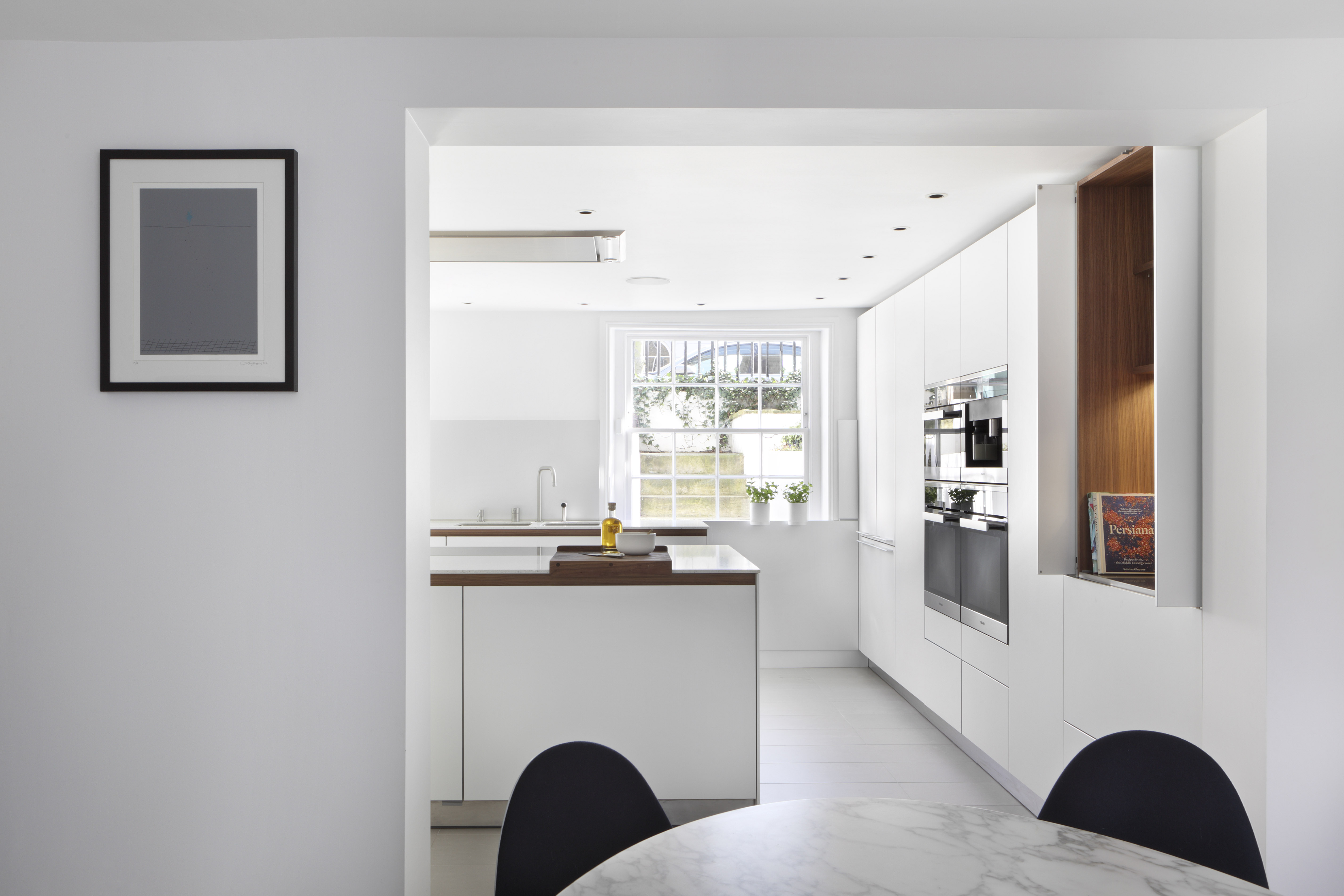 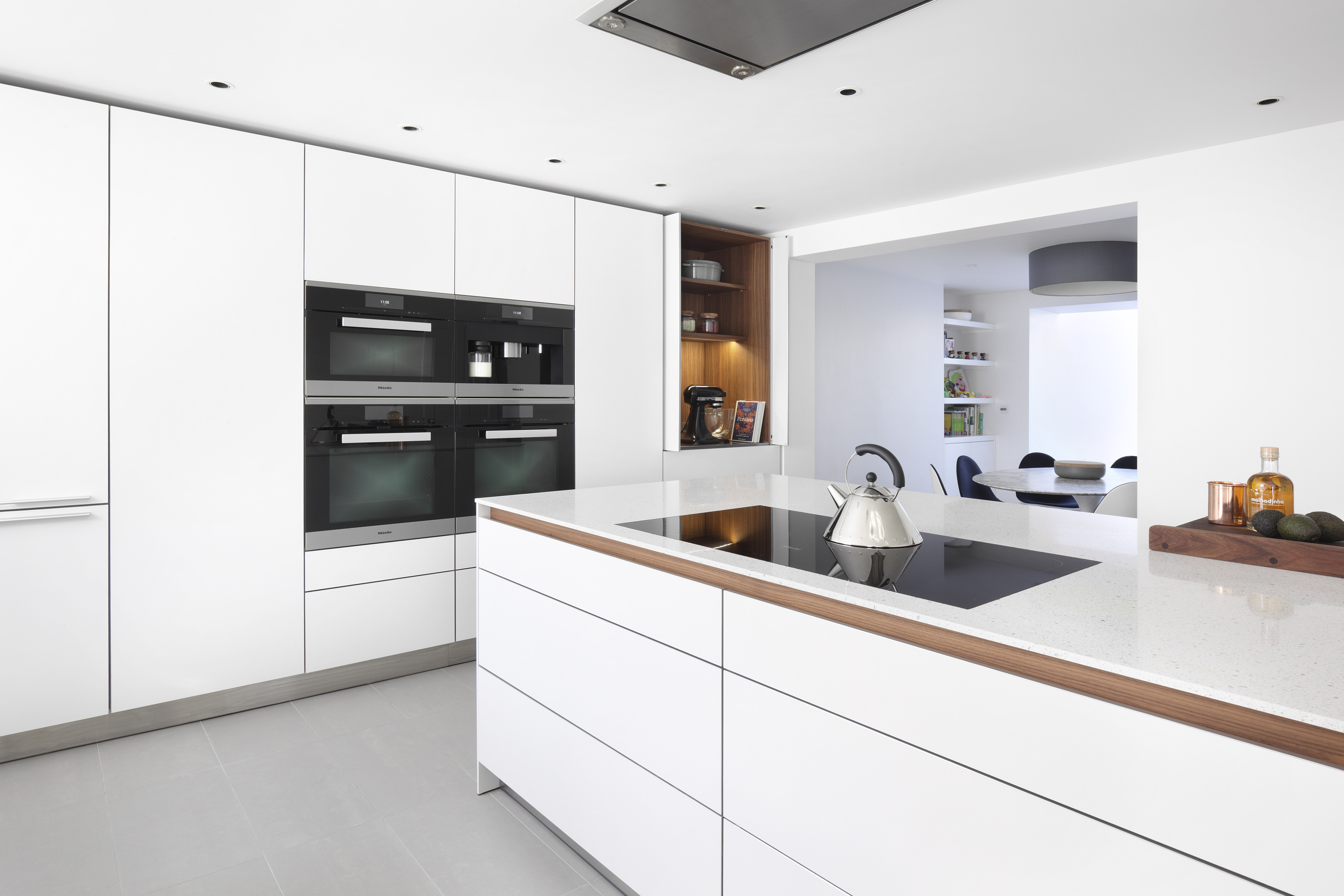 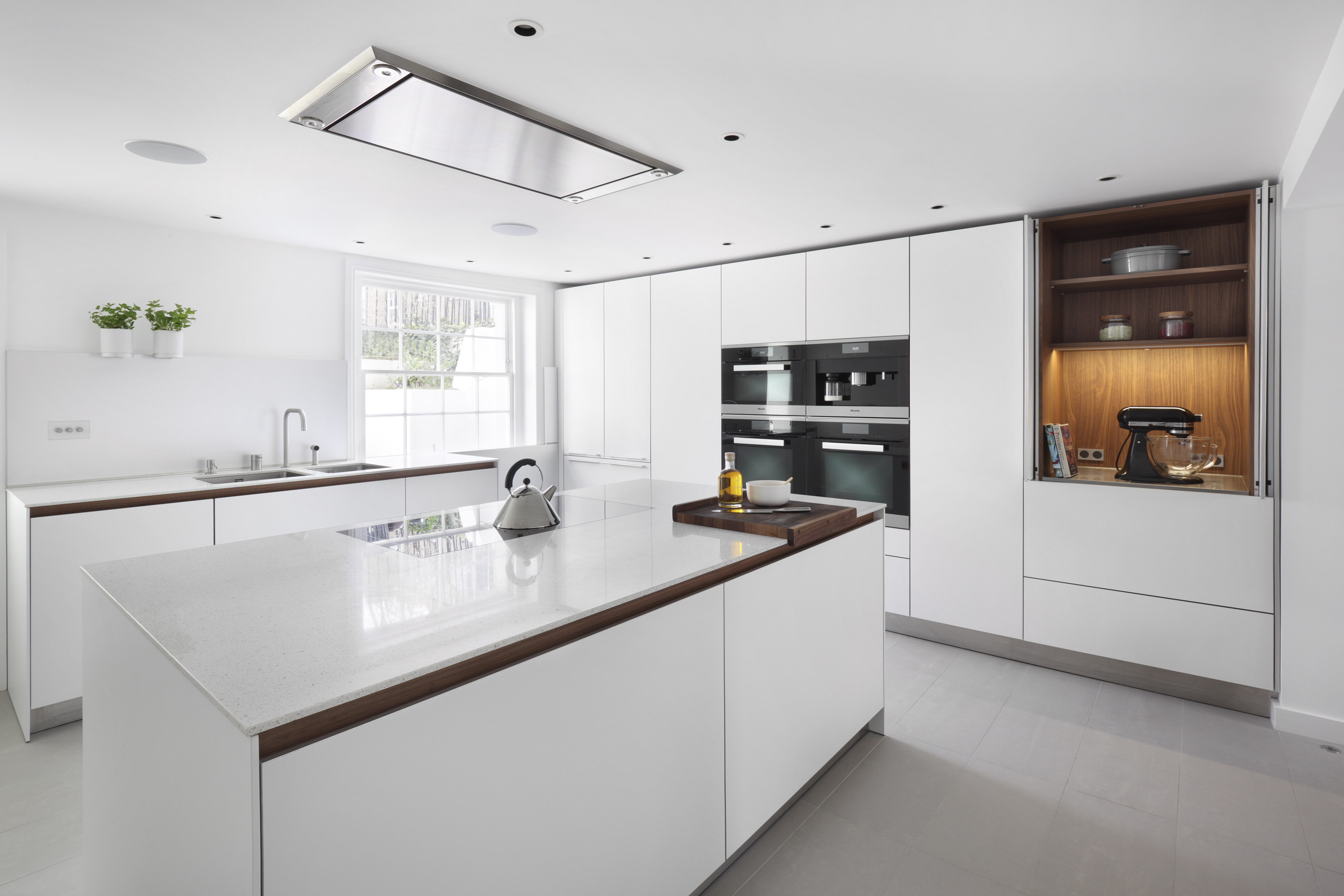 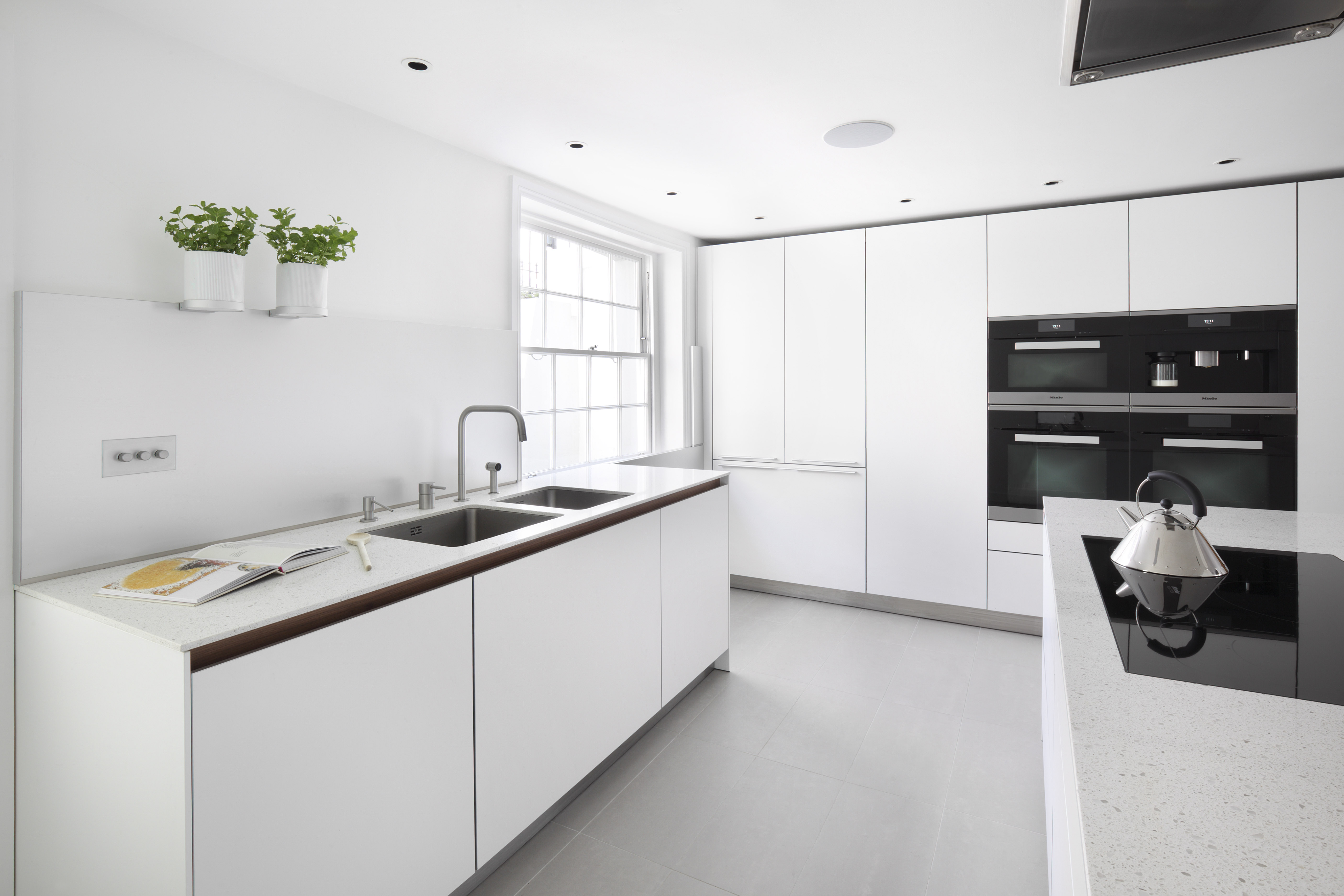